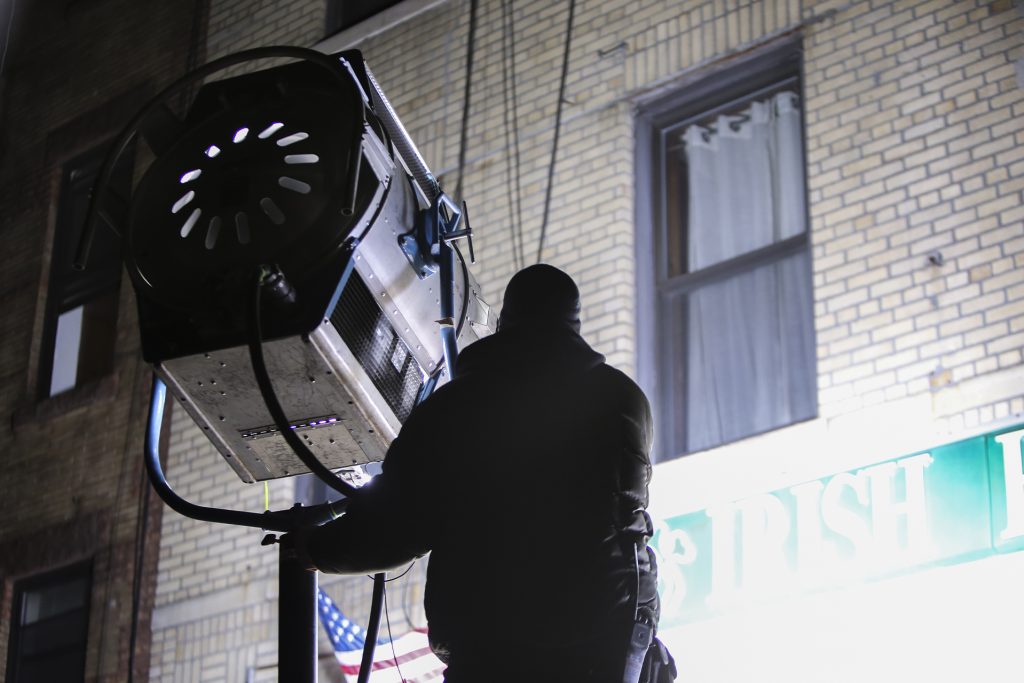 Hey ISI students! If ever you’re taking a break from our English courses, why not watch an Irish film in the evening?

The Irish film industry was slow to start in the old days, occasionally enlivened by a Hollywood studio coming to film on location, and providing employment for much local talent in the form of actors, technicians and extras. Notable big budget features of the past include The Quiet Man (1952) and Ryan’s Daughter (1970) – both of which can be rather embarrassing to watch today, weighed down as they are with a lot of outdated ‘Stage-Irish’ cliches and stereotypes.

The situation nowadays is radically different – dozens of homegrown films are made every year, and Ireland continues to be perceived as an attractive location for shooting, with everything from Star Wars to The Tudors to Ripper Street to Disney’s Disenchanted turning up in the Emerald Isle to film. Even Bollywood came to Dublin in 2011, where large portions of the spy musical Ek Tha Tiger were filmed all over the city, including Trinity College and the Royal Hospital Kilmainham.

Many classics of the past and present are now available on streaming services, and watching them can considerably enrich your experience of living here. The following is a short list of some exceptional homegrown Irish films, which illustrate vividly the history and culture of the country.

This was Daniel Day-Lewis’s breakout role, for which he won his first Oscar as directed by Jim Sheridan. It tells the inspiring true story of Dubliner Christy Brown, who, though suffering terribly from cerebral palsy, nonetheless managed to carve out a career as an artist and author, successfully managing to draw and type with his left foot. The film is based on the real Brown’s memoir, and features fine supporting work from Ray MacAnally and an Oscar-winning Brenda Fricker.

In the Name of the Father

Again directed by Jim Sheridan and starring Daniel Day-Lewis, this tells the shattering real-life story of the Guildford Four, a gang of unfortunate Irish people living in London who were falsely accused of IRA bombings and wrongfully imprisoned. The case represented a terrible miscarriage of justice on behalf of the British government, and the film went some way to spreading awareness of the story.

Directed by Niall Jordan and starring Liam Neeson as the titular figure, who was instrumental in steering Ireland towards independence through the years from 1916, and who was assassinated in 1922 at the age of thirty-one. Julia Roberts plays his sweetheart Kitty Kiernan, and her slightly shaky Irish accent has come in for some mockery from critics. Still, it’s a stirring and educational film, though not always strictly historically accurate. It also stars the late Alan Rickman who memorably plays Eamon De Valera, later President of Ireland.

Shot in beautiful black and white and directed by John Boorman, this relates the career of Martin Cahill,  Dublin’s most notorious criminal who led the police on a cat and mouse chase for years. He dabbled in every kind of crime from bank robbery to the theft of priceless paintings. Brendan Gleeson memorably portrays Cahill, and would later achieve further fame in the Harry Potter film franchise.

Directed by Lenny Abrahamson, this tells the bittersweet story of two Dublin drug addicts wandering around the city – a day in their lives that illustrates all the hardships and tragedies of their lives. Often hilarious in a very blackly comic way, it features brilliant performances from the two leads, Mark O’Halloran and the late Tom Murphy.

So there you have it, ISI students – next time you’re taking an evening off from studying English in Dublin, why not try find an Irish film on Netflix to while away the time? And if the accents are sometimes hard to understand, English subtitles are easily available! Enjoy!