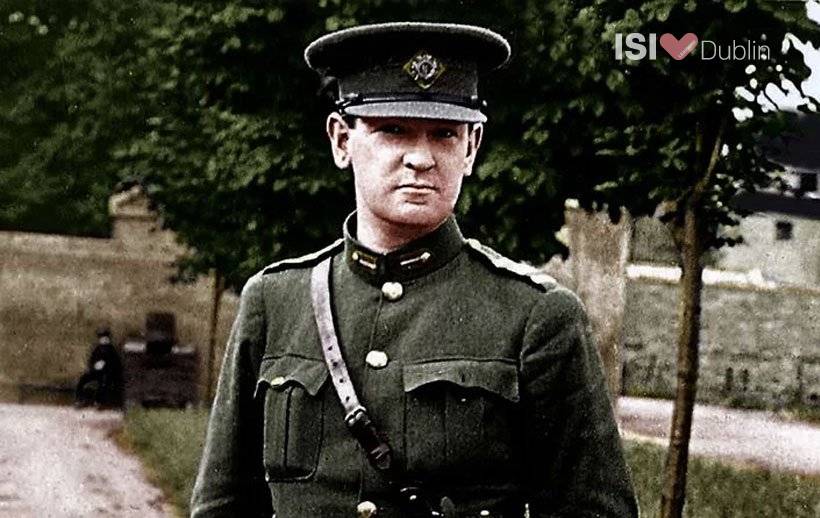 ISI Dublin occupies two year-round centres in Dublin. Our centre at 39 Parnell Square has historical significance which is particularly relevant as we mark the 100 anniversary of the Easter Rising 1916, and the events that led to the formation of the Irish state. One notable event which took place a few years later saw Michael Collins seek refuge in the building which we now occupy, but was once the home the Dr. Paddy Browne of Maynooth College.

On Saturday 20th November 1920 Michael Collins was having a drink in Vaughan’s Hotel on Parnell Square (number 29) meeting members of the Irish Republican Brotherhood. They were upstairs when Christy Harte, the porter of the hotel, warned them he thought they were in danger. Collins, who was a regular in Vaughan’s, had learned to trust Christy who said he had become suspicious of another guest who had made a late night telephone call and left the hotel after curfew. Collins made his escape, but a short time later he observed a raid on the hotel by the British Auxiliaries from the upstairs window of 39 Parnell Square. Collins & other key members avoided capture but Conor Clune, who was a local football fan who had only been having a drink with Collin’s associates, was arrested and later tortured and executed.

For more on the events that night see an extract from the book Big Fellow, Long Fellow. A Joint Biography of Collins and De Valera

To learn more about the Easter Rising 1916, take the interactive Google Tour https://dublinrising.withgoogle.com/welcome/

For more on the events happening in Dublin over the coming days see https://wwwireland.ie