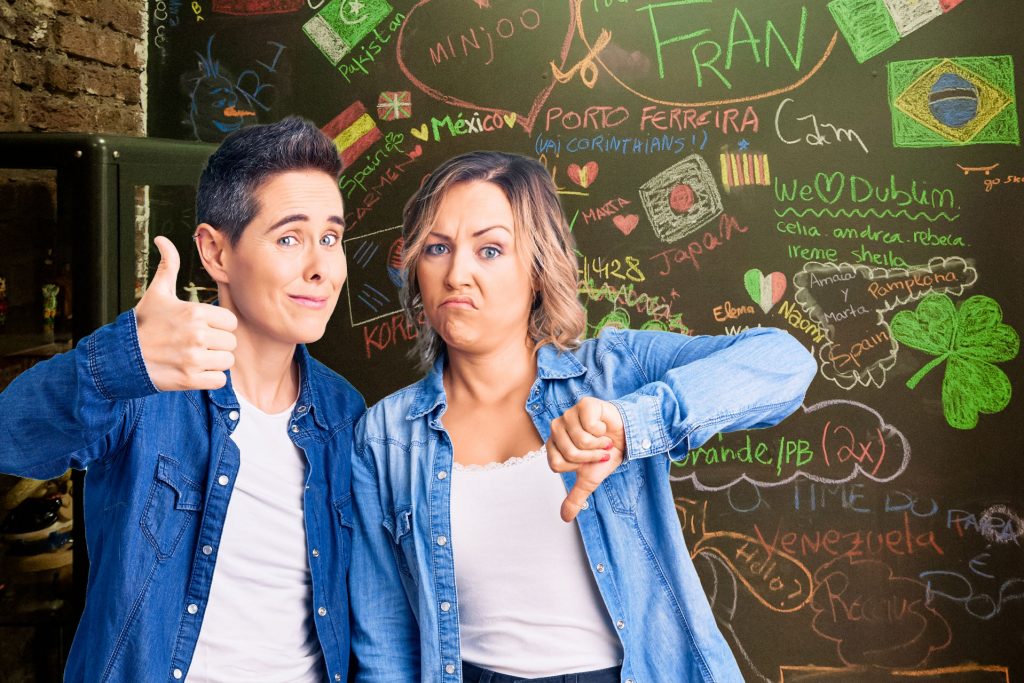 We’re all entitled to disagree, but let’s try and do so politely! Polite disagreement is the civilised way to go.

The art of polite disagreement

Everyone has a different opinion and rightly so – like Oscar Wilde said, ‘Whenever people agree with me I always feel I must be wrong‘. And indeed, if everyone agreed with each other all the time, it would be a sign that either we were all dead from the neck up or living in a totalitarian regime. But expressing disagreement can be a small art in itself.

Different cultures have different ways of expressing disagreement in conversation – some can be more direct or strident than others. What would seem like a harmless difference of opinion in one language could come across as a rude disruption in the other, seeming far too blunt and almost insulting to someone brought up in a different tradition.

People brought up in the Irish culture can sometimes be evasive about expressing opinions – there are various ways of softening the blow and sweetening the pill of disagreement. One can disagree with what someone says without being too abrupt or rude about it. The following are some formulations which may be preferable to simply shouting, ‘You are totally wrong, I don’t agree!’, or ‘You’re an idiot for not having my opinion!’, or words to that effect.

Really, did you think so? – This shows an interest in the other person’s opinion, while suggesting one may be surprised by it.

That’s just not true. – One is tactfully disputing the validity or truth of the statement without attacking the person.

Oh, I don’t know. – One is confessing to one’s own ignorance, while planting the seed of doubt.

I’m not sure about that... – Again, one puts the emphasis on one’s own ignorance, and leaves the matter uncertain.

Maybe you’re right, but… – Again, one is leaving the issue open to doubt, and with the ‘but’, opening the door for another viewpoint.

You can’t really believe that. – One expresses incredulity at the person’s belief, without actively going on the offensive.

I know what you mean, but on the other hand… – One is conceding that the other person makes a valid point but that there is another side to the issue that they might consider.

No way! – Another way of expressing incredulity at a statement, in a slightly comical manner that keeps the tone light.

I’m afraid you’re wrong there. – One is politely pointing out where the other person is wrong – you are doing this with some reluctance, as shown by the locution ‘I’m afraid…’

With the use of these and other expressions, you can politely take exception to the opinions of other people without causing offence. Polite disagreement is in some ways the very essence of good and civilised conversation. So go and include some of the phrases above next time you have a discussion! Now get talking!