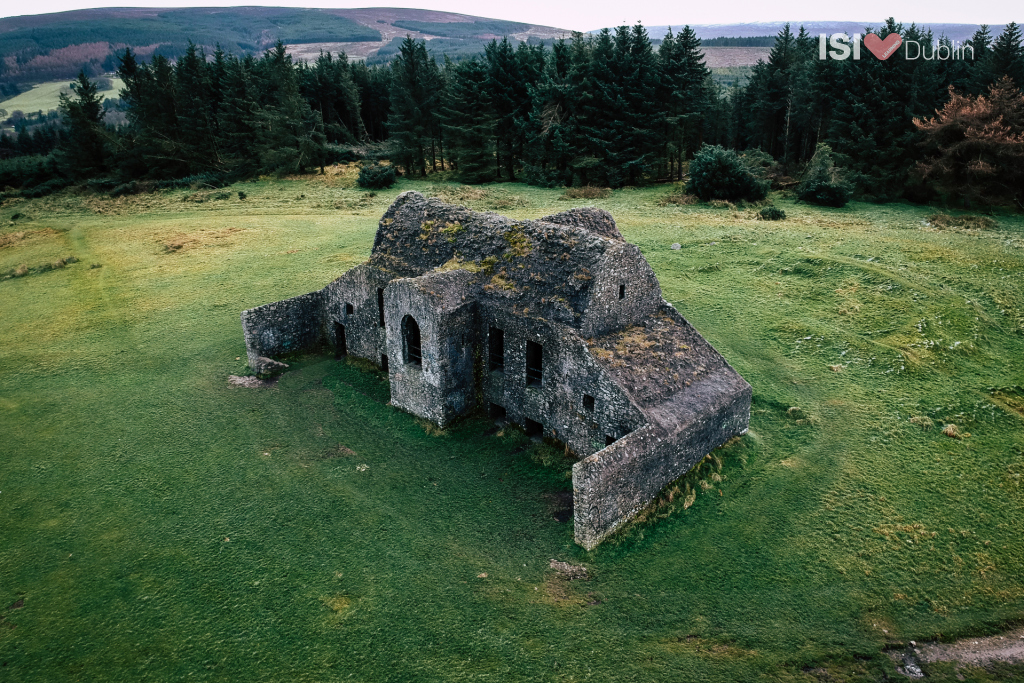 Next time you’re taking a break from studying English in Dublin, why not go to the Hellfire Club?

It’s one of Dublin‘s most unique attractions and the views are spectacular. You can get there either by taking the no. 15 bus to the last stop and then walking up, or you can take a taxi. En-route you can stop in Massy’s Wood, a little-known but very wonderful scenic area where nature thrives. You may also pass St. Columcille’s Well, a modest pilgrimage site.

The Hellfire Club is located at the top of Montpelier Hill, a 383 metre hill located in south county Dublin. The site was originally a passage tomb dating from the Neolithic period. The building that still stands at the top of the hill today remains mysterious. It was originally built by Speaker Connolly in 1725 as a hunting lodge. After his death in 1729, the building remained unoccupied for several years before being taken over by Dublin’s ‘Hellfire Club’, established in 1735.

The members of the Hellfire Club met together for lively drinking sessions. Many rumours circulated that they were also Satanists and devil-worshippers and indulged in much blasphemy and weird rituals during their meetings. Legend has it that there have been several ghostly sightings over the years, encouraged by the building’s dramatic appearance and remote location. The building today has two floors and all of the windows face north, with magnificent overhead views of Dublin city and its surroundings.

The hike up the hill to the Hellfire Club is a great exercise workout. You can also take a further hike deeper into the woods and the mountains behind and beyond the building. There are many excellent forest and nature trails to follow. If you are into camping, it’s a great place to pitch a tent. The panoramic views of Dublin city are also breathtaking.

So give the Hellfire Club a go next time you have time off from studying English in Dublin. It’s truly unique and you won’t regret making a visit! Have fun!